After weeks of still-life painting, material studies, classical painting studies and table football we were finally given the brief to start designing our characters which we would eventually go on to paint in acrylics. Below are my initial designs which were based on the backstory set in the brief. Basically it was to be a magical humanoid creature, made out of any organic plant or vegetable based material. It which lives in a forest, near a farm and befriends a child on the farm. Apart from that it was anything goes.
I didn't end up using Acorn or chestnut for a specific reason which I should have spotted at the start:
Part of the brief was to include a few textures which we, as part of the development, would have to do studies of. All of my initial characters had too much info to deal with in the time we had.
Still, I really liked the silhouettes and had fun with developing them. 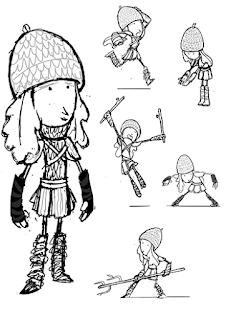 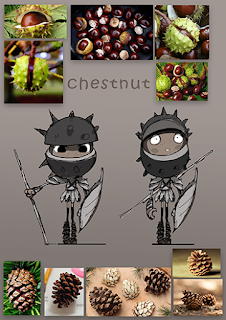 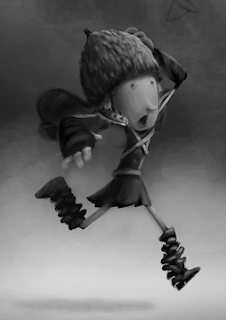