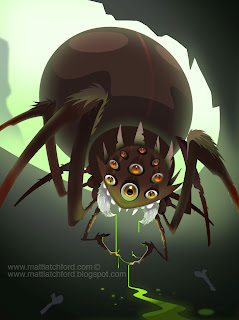 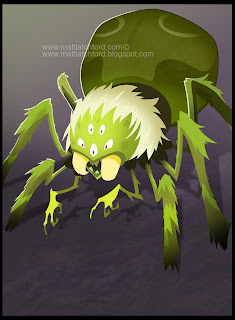 Here's a lovely commission I had to do for my lovely friends Dean and Jemma's wedding invites! Really fun to do, working from reference taken from Jemma's Pinterest page :) 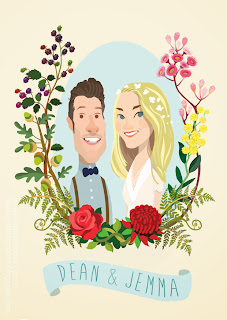 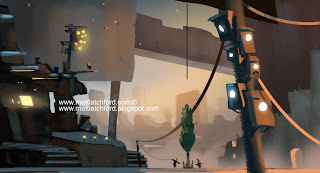 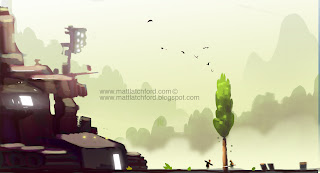 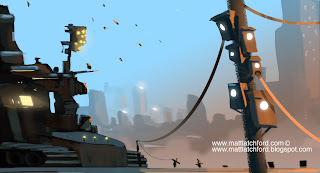 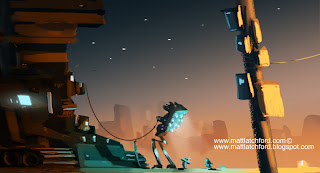 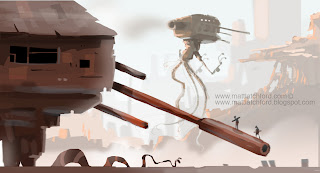 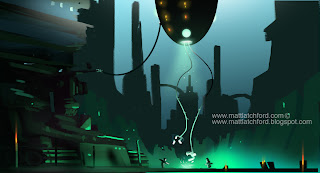 I've been spending some time exploring colour theory and application over the past few weeks. I'm a few weeks into Nathan Fowkes' tutorials on Schoolism and it's a real challenge.

I have so far to go until I feel I am anywhere near where I should be as a professional artist but I'm enjoying the journey none-the-less.
The images below are the result of the 3rd week's assignment which was to use a variety of light and colour harmonies. I used one of my old cartoons (c.2007?) and painted the various scenes over the top. 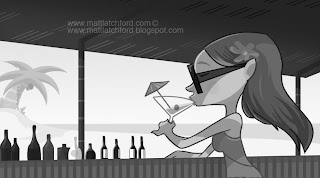 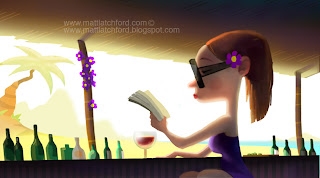 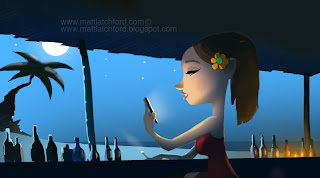 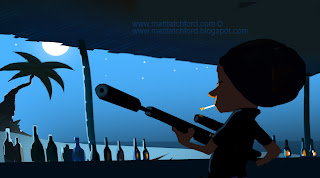 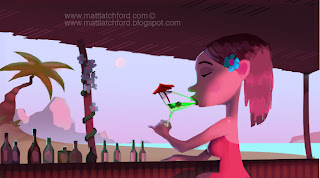 I've been working on this little project for a bit, which was inspired by a friend at work! His name is Barry and he's not an orc. I'm planning on creating a turnaround sheet for these guys and hopefully some pose sheets over the next couple of weeks! 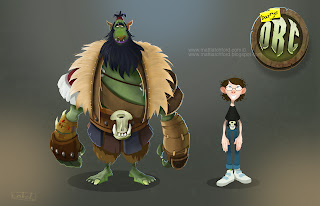 I still don't know whether the Orc is Barry's alter-ego or just a friend. I definitely want the orc to be real though and not an imaginary friend. People just don't seem to pay attention these days, so perhaps they are both just ignored?

I've recently started working at Mind Candy to work on Moshi Monsters!! I'm surrounded by some of the nicest and talented people and everyday is a pleasure to go to work!
Of course I can't show what I've been working on yet but for now here's another little personal project I'm having fun with. It's inspired by one of my work colleagues, who completed Stephen Silver's Character Design course on Schoolism. Apparently she had to design a second-hand car dealer from New York, so I thought I'd put a spin on our salesman and turn him into even more of a dodgy geezer. 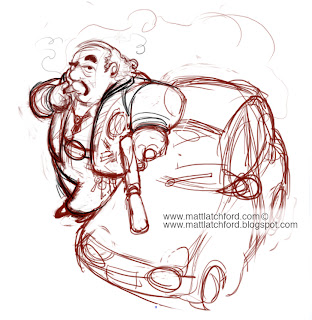 Initial designs had him holding a pistol, fitted with a silencer, leaning on the bonnet of car but I though the car wasn't working (well, it is a second hand car!) and I wanted to get a bit more comedy in the image so added car keys to his belt and turned the gun into a cigarette lighter. 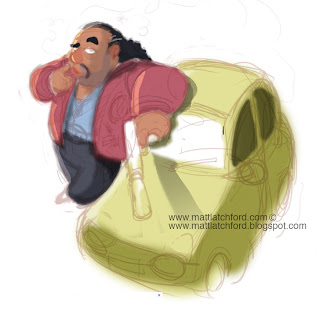 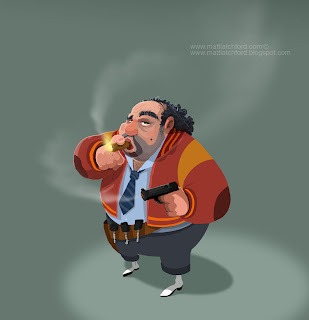 ...and with some 'goodfella' specs! 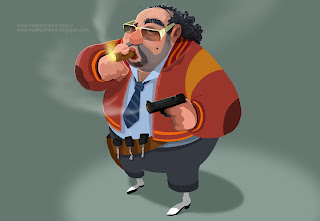 ....and here's a slight reworked version.....bit more form on the belly! Big thanks to Gillian Reid for taking time out to offer feedback, guidance and general inspiration :) 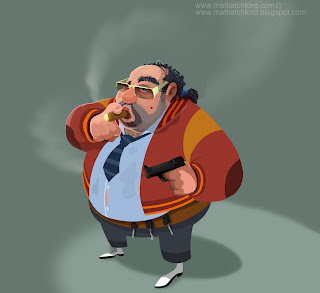 Well, this is my first post this year.... with a picture created last year! I'm going to post here as much as possible. I'm back into the flow, with some exciting new directions at work too (watch this space!).